Love, From The Other Side of The World | Catching Carla 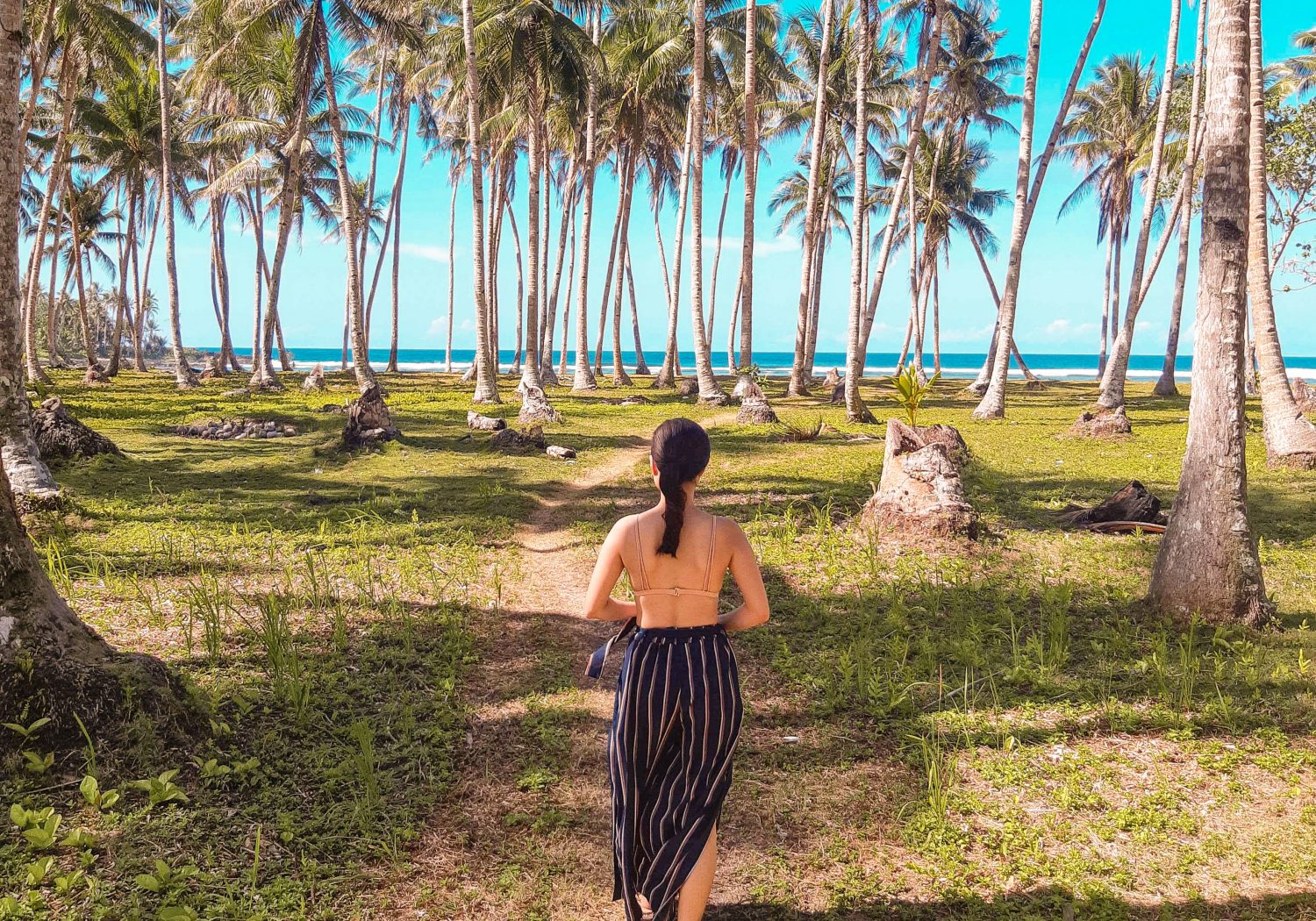 “I don’t know what a love like Juliet’s feels like, a love to leave loved ones for, a love to cross oceans for, but I’d like to believe, if ever I were to feel it – that I’d have the courage to seize it.”– Letters to Juliet

They say when you meet the one for you, you’ll know right away. Well, that’s not what happened to me. I searched and searched – got dumped, dumped someone and cried in my bed many times with no luck. I have traveled far and have met tons of people on the road, but somehow – no one has ever really made the right fit. It was either “going too fast”, “not ready”, or “you deserve someone better”, but more than anything – there is one particular moment when I finally gave up on anything close to “love” or “relationships”.

In 2017 – I have experienced two losses: my then-boyfriend broke up with me and my grandfather died on the same day. If you follow my blog, you know how much of a wreck I was after that incident. I lost weight, went into depression, swore off relationships and decided to go travel to see if I can find something else that I cannot find here in the Philippines. During that time, I have grown to love the very person who really needed it – ME. And because I enjoyed my newly found self love so much, and how much freedom traveling has given me, I vowed to keep traveling every single month for one whole year – and to treat 2018 as my selfish year.

Life was good – no attachments, no heartaches, no drama, no arguments.

I reveled in my independence and solitude. I focused on my work, my blog and my traveling, that I literally didn’t have any more time to think about anything else. But something was still missing – and I don’t know what it is. I thought maybe I just needed someone to accompany me until I’m old? or I just needed to surround myself with more people? so I dated around and attended more events, but nothing really interests me, and the idea of being with anyone –  just feels like a little too much of a hassle. I mean, relationships takes too much work, so why bother?

All relationships every really did to me, was hurt me, cheat on me, lie to me and leave me. I do not want that same pain again. I do not miss feeling so stupid and so helpless. Not again. Not ever.

But one night, I invited a friend to go see the FIFA World Cup Finals in a bar at Poblacion, Makati. I immediately told my friend that I am not interested in looking for anyone and that I was only out to have fun. Unfortunately, the first two bars we wanted to go to- was full, so my friend suggested to go to another place to watch and drink. When we arrived, the place was also packed, but we were able to get at least one stand table to place our drinks. On the right side, were a bunch of French interns who were also waiting for the game. My friend approached them and talked to them initially because I wasn’t really in the mood to be super friendly that night – I mean, French interns? Come on, they’re kids! I don’t wanna deal with kids right now.

But my friend introduced their group to ours and eventually shared the table with them. Surprisingly, one of the French interns is Ivan– with a messy beard, unruly hair, disorganized mustache, and baggy clothes. It was not really the most romantic encounter because he was sweating a lot, and my face was oilier than a candle. We smell like we have not showered for a few days because the place is so packed, that we cannot even move or do anything. According to Ivan, he already thinks I was beautiful the moment he saw me (he really said that! XD) but he couldn’t speak English AT ALL, so he was shy. For the life of me, I could not even remember how we managed to be friends on Facebook that night when we couldn’t even understand each other. “Ha? what did you say?” or “Allez Les Bleus” basically sums up our conversation that night.

After the game, he walked me to my car because my friends left me at the bar – and he was worried something will happen to me. I reached my car, bid him farewell, and I drove off – with ZERO intentions of ever seeing him again (yes, I wasn’t interested at him initially!). The next day, he messaged me asking when will we see each other again – and guess what? I IGNORED HIM. I did not reply to his texts for two days straight. This, my friend, is what you call seen zoned.

He then followed up kindly, that he would like to see me again, even after ignoring him. This time, I felt bad and realized that he doesn’t deserve this kind of treatment, so I replied and invited him to come to one of the events I am going to in BGC. Shamefully, I was more than an hour late but he still waited for me patiently and kindly, even though he wasn’t familiar with the city. When I finally saw him again – I was shocked: This is not the same guy I met in Poblacion.

He was wearing a nice shirt, shaved, and groomed. He is also quite taller than I remember!

After that event – we decided to see each other a bit more. I was skeptical at first because I really didn’t think it would work considering the distance and the amount of time we will get to spend together before he goes back to France. He is only in the Philippines for 3 months! That’s not enough time to know someone and commit to a long distance relationship.

But – I guess, there is always someone for everyone. To be honest, I did not love him right away, I did not think I will be with him for a long time either. I just enjoyed each moment with him, as if it was our last because it might be.

You see, when you were in too many breakups, you start to not believe in relationships or love. You detach faster than before.

But he was different, and it feels like I know him far longer than I have ever known anyone. I was not trying to show my best foot forward, or impress him – I was just me, and he loved me anyway. We can laugh like an idiot, eat like a pig, pick our own nose, or walk around with our Pj’s, and we still think that we chose the best person in the world. It is so peaceful to be with him, there was no second guessing, no doubts, no worries – he never made me question his commitment or love

It also helps that he is the kindest person I know and I cannot even believe that he still exists, or that he chose me.

I can even remember the first time I realized that I love him. One day, when I visited his place unplanned, I opened the fridge and saw two of my favorite drink. I knew instantly that time, that I’d be stupid to let this guy go. He bought my favorite drink while he was shopping 3 days ago, IN CASE I visited him and I crave for it. I know it’s not much but knowing that I was in his thoughts and how considerate it was – I almost freaking cried. No one has ever considered me or cared for me like that. It might be nothing to him but, it was a special moment for me. It was the little things he does every day, that mattered most.

That day, until today – I understand now why all the other ones didn’t work out.

They are just not the right person. They never have been. I know you might think that your ex is the one that got away or the “almost” perfect person for you – but in reality? The One – would have never left you in the first place, no matter how shitty things get or how far the distance may be. I know you might not believe it but you will only ever find the person of you – IF YOU ALREADY LOVE YOURSELF. You have to accept who you are, and your flaws – before you can learn to accept someone else’s. I think one of the reasons we worked out, is because we are both secure with ourselves. We did not need the other person to complete us, we were already complete ourselves – we just love each other enough to stay with each other even if we really don’t need each other.

It is NOT A NEED to be with him, it’s a choice. We choose each other every single day. As the saying goes: You like “because”, but you love “DESPITE”.

So please, if you are like me who searched, gave up, chased someone, cried because of someone or traveled to find THE ONE.

All I am telling you is this: the one for you will look at you, care for you, and love you – like the sun rises and sets on your face. If the one you are with, does not treat you like that every day, well – maybe you and I need some traveling to do or if not, a good cup of ice cream will suffice.

So again, please – don’t settle for less and know that the best way to find love – is to find it first, within yourself.