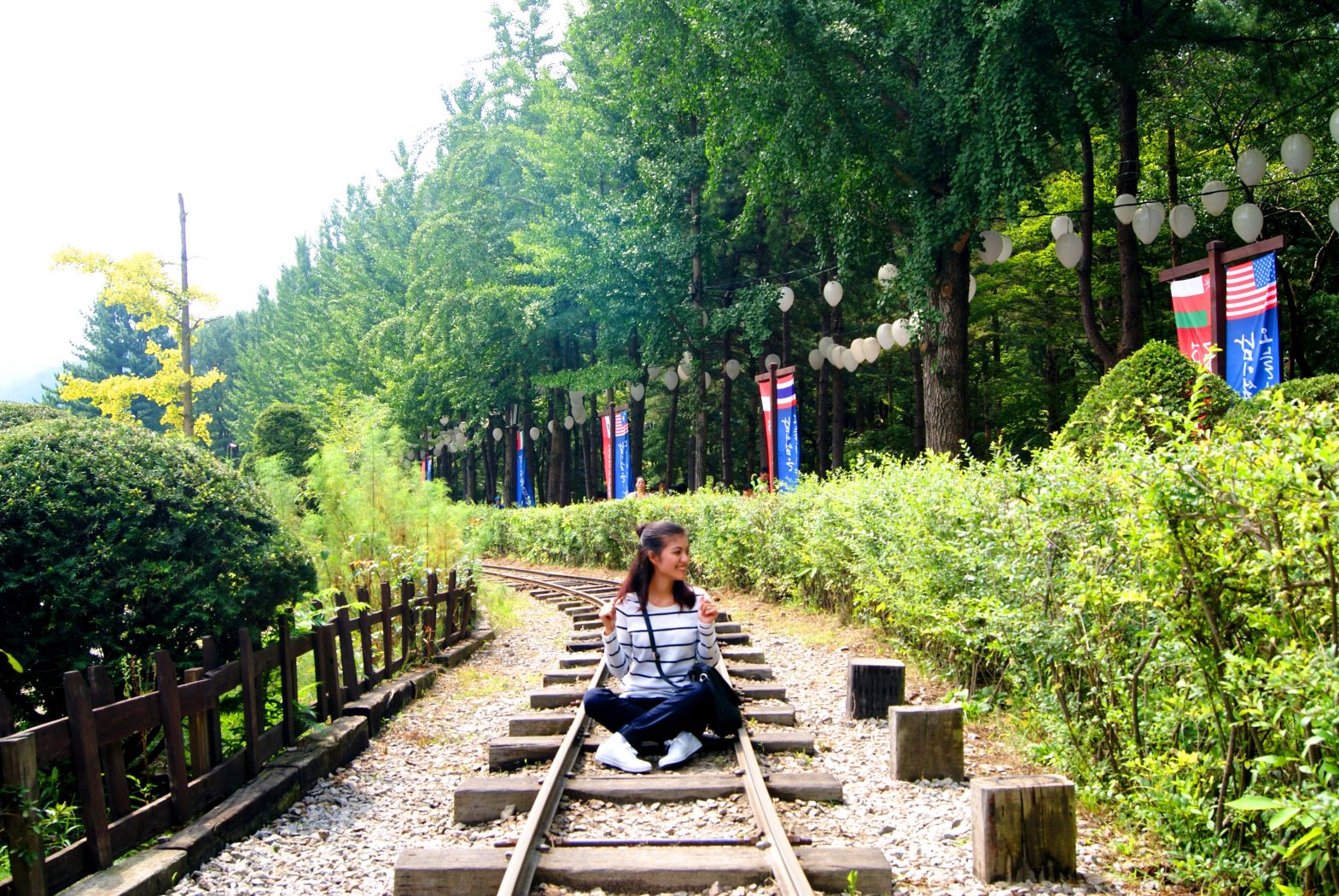 If you’re really in love, appearances aren’t important. The best house is the one you build in each other’s hearts. – Winter Sonata

This quote is a famous line from one of the most popular Korean Drama known as “Winter Sonata” filmed in… yes, you guessed it NAMI ISLAND. If you visited South Korea and didn’t go to Nami Island (also known as Naminara or Namiseom), then you are terribly missing out! Although I also love Seoul, (you can read about my one day trip to Seoul on my other blog post) Nami has its own little place in my heart. A very nice tip before you visit the island is: to go there as early as 8 am to avoid the tourist rush, and make sure to have your passport with you- they will ask for this prior to entering the island.

My arrival at Nami Island : Photo by @catchingcarla

To those of you who don’t know- Nami Island is located at Chuncheon, South Korea, just beyond the outskirts of Seoul. It is actually named after General Nami, who is falsely accused of treason during the Joseon Dynasty and is believed to be buried somewhere on the Island.

For this particular trip, I am accompanied by another handsome Korean friend named John Park. He is probably one of the most fluent English-speaking Korean I have ever met in my life, with a very American accent. He is also my previous classmate while I was studying in Canada. In other words, John is awesome, hit him up (lol).

If you are coming anywhere from Seoul, just ride a train going to Yongsan Station. Upon arrival at Yongsan ask around where you can find the KORAIL counter, where you can buy the ticket going to Gapyeong Station. Be reminded that you will be riding a different train station going to Gapyeong. You will have to ride the ITX- Cheongchun train (yes!!! the same looking train they used at Train to Busan!) instead of the normal Seoul Subway lines.  The ticket should cost about 4,800 won and the train ride will be about 1 hour in total, so secure yourself a comfortable seat.

Inside the ITX Train : Photo by @catchingcarla

Upon arrival at the Gapyeong station, go outside and look for the booth that looks exactly like the photo below.

Information Center just outside the Gapyeong Station : Photo by @catchingcarla

You can ask here everything there is to know about Gapyeong through here, and they will also give you a free pamphlet about Nami Island and all other places to visit like: Petite France. The information center will tell you to wait for the tour bus going to Nami and other places. Before you enter the bus, make sure to pay for the WHOLE ISLAND tour so you won’t have to keep paying every time you ride the bus (which is more costly). You can pay the bus using your T-Money Card or by cash, and they will hand you a bus ticket (Important: Do not lose your bus ticket! You will use this again to get to the other parts of the city). The Bus ride will be around 5-10 minutes tops.

Alas! Here we are, after a train to Busan experience, a water ferry adventure and getting lost, we finally arrived! Nami is, of course, everything you thought it would be- only better. From this point on, I would like to let the photos speak for itself. 😉

Me on entering Nami Island : Photo by @catchingcarla

Letters of love and everything else

Water Lily all around

I forgot what this fountain is called

By the edge of Nami Island

Peacock by the cafe

Ostrich and my friend John

Me wandering in the middle of Nami

upper east side of the island

We arrived at the island around lunch time, and probably finished about 3 pm. I can say that we really went through every single corner of the place, considering that we didn’t use a bike. It was a bit hot that day, and even though we can find some shelter from the sun, the extra walking made us sweat like crazy! We walked for about 2 hours or more and partly wished that we rented a bike, as we head back towards the main entrance. Good thing me and my friend took a small lunch break before we rode the ferry going to the island. Here’s a photo of me and my friend eating a huge bowl of Galdak-ro.

One of my favorite Korean Dish!

me and my friend John eating some korean food!

To sum it up, Nami Island is amazing! I loved that it is so peaceful, quiet, and away from the busy city of Seoul! On a side note, there’s a lot more things to see close to Nami (like Petite France!) and read all about it on my other blog post.

Have you ever been to Nami? If yes, tell me more about your experience below!

Learn more about where I stayed in Seoul:

SOUTH KOREA: A Day in Seoul

VIETNAM: All The Things You Can Do In Hanoi

THAILAND : Bangkok To Love and To Hate