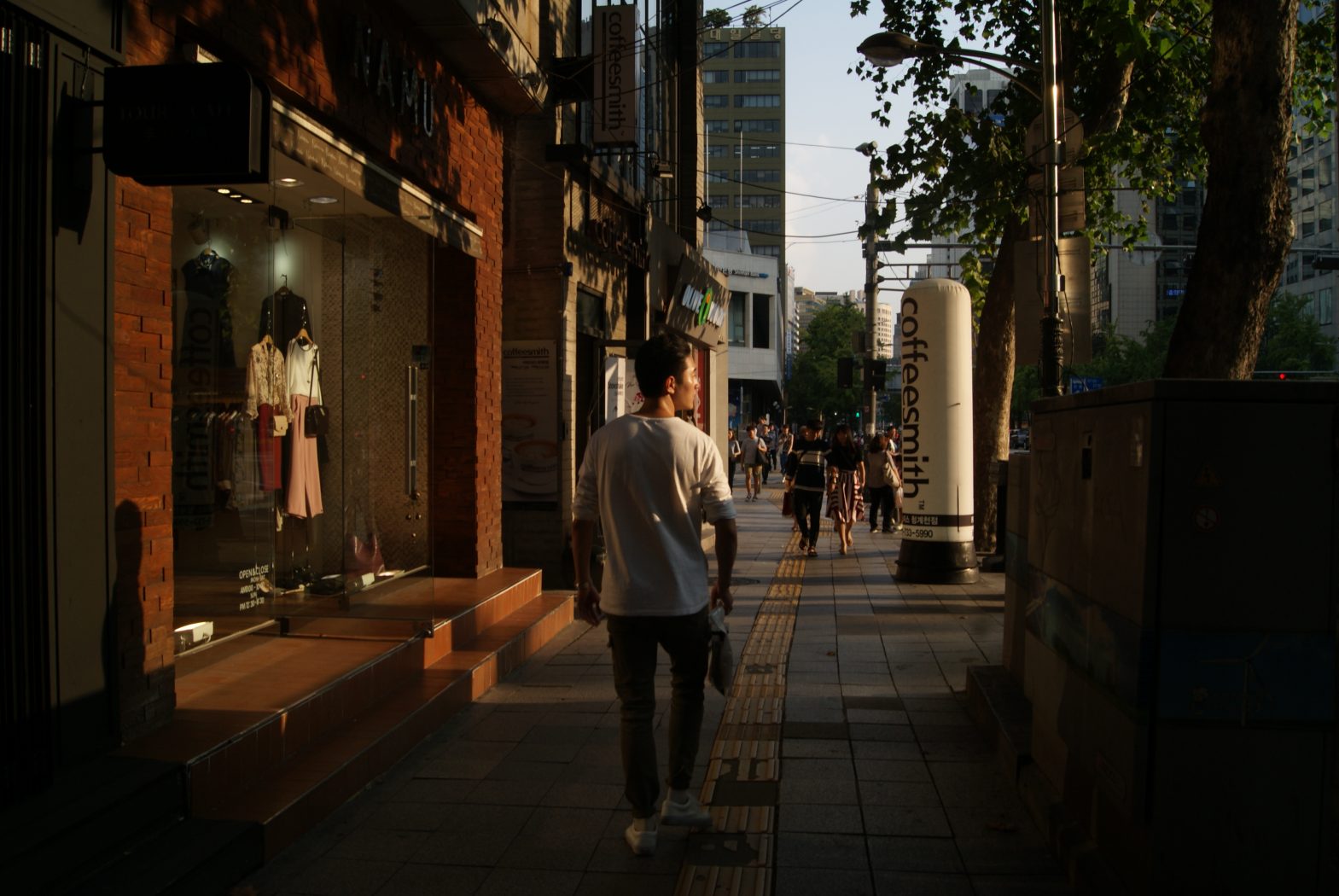 The Millennial Kind Of Love

Ah millennials, I mean me, us, YOU. The generation that likes making simple things complicated, thanks to advanced technology and streamline of endless information- we have successfully made things confusing, even dating. Gone are the days when men actually court women and women preserve themselves as they wait for their ever so eager men. I mean why would men even court a woman if they are acting like hungry hounds, searching for their next male prey? Can you also blame a woman though? I mean at some point most of us had to participate in this chaos, otherwise, it will be assumed failure on our part for not even trying. Yes, it sucks to be alive in this dating world, but what can you do? It is our reality. The hook-up culture is real, and it is happening! we just have to figure out how we can go about it.To address that, I enlisted the 6 kinds of dating realities all millennials face today:

It usually starts with “We’ve been seeing each other a lot, we had sex, he/she seems to like me, we go on nice dates – but I still don’t know what we are.” OH, MY GOD. I have heard this story so many times I could probably write a whole volume about it on my dateapedia diary. You know the only way to find out – is to ask. If you don’t have the guts to ask, then you aren’t ready to be in that relationship (took me 25 years to figure that out!). In fact, this also happened to me (a lot lol)! But the last time it did, we actually ended up together. I think it’s because I made it clear to him from the very beginning what I want, and he knew that I will not hesitate to walk away if he does not get his act together, but luckily though at that time, we both want the same thing.

So Congratulations, you finally resolved your number one issue: HAVING THE COURAGE TO COMMUNICATE WHAT YOU WANT REGARDLESS OF THE OUTCOME. If they don’t like you – move on, and I know you won’t listen (you stubborn person) but sometimes it’s really not you. Maybe it’s wrong timing, lack of chemistry, zero sparks, absurd distance, etc. Whatever the reason is, drink your wine and carry on. C’est la vie!

2. Testing the Waters (a.k.a go with the flow – even if there is no current.)

It’s the “hey – wanna play fish with me? You go swim and I’ll see if you’re a real catch!.” Stupid you, will do it because we all secretly want to be caught. On the other side of the table, this is the one person you are not even sure if you really like, but he or she is awesome and you think there might be a future. So, you just want to see where it goes because why not? there is really nothing to lose. Well you see, I have tested so many waters I could have owned an entire freaking ocean. This doesn’t mean you have to do the deed with them! No! As much as I believe in a free world, please cover those legs until further notice from the STD inspector. It’s the kind of dating where you are not really together, so you just kind of see if the other person will eventually turn into someone you can be serious with? while you date other people at the same time? because you don’t really want to miss out on other opportunities?

To some perhaps this might work, but based on my experience, I usually know whenever I’m into someone almost right away! If you are not sure about someone, that’s already a huge sign that you should not be with them. Don’t leave trails while they patiently wait for you and waggling their tails! WE ALWAYS KNOW WHICH ONES WE LIKE- trust me! the right person for you, won’t make you question if they are worth it- because you know that they are. If you still feel like the grass is greener on the other side, then perhaps you shouldn’t be in a relationship. Don’t waste anyone’s time just because you can’t make up your mind.

3. Co-dependency (a.k.a. too comfortable, and too scared to be alone)

Okay – I am a victim of this before. Years ago, I allowed myself to be in a really toxic relationship because I’m scared that I will never find anyone who will love me or like me, as much as he did. Other than that, I’m a martyr – I always thought a certain guy is given to me because I deserve it, or I can handle it. I always count the good instead of the bad, because whenever I am in a relationship, I hold on to it for dear life because I felt like I’ve already invested so much, even though it was clearly not working. To some of my friends, it’s even more complicated. I know one who shared a business together! So they tried to make it work even though they were both not happy with it anymore. It happens, and it’s unavoidable. The best to go about this is to talk about it. Really, you won’t achieve anything by sucking it all up.

If this is something you want, go for it. I’m not gonna judge you for this, as long as there’s consent on both parties. What is not acceptable, however, is putting someone in that position without asking them about it. Poor guy probably thinks you want more – because you kept seeing him! when in reality? you have just decided to make him your 2 am booty call. Don’t be that a**h*le.

This is pretty funny. It’s when everyone around you is getting married, so you just felt pressured to settle down as well. Sometimes it goes like this “Hey, you seem like you have good genes, wanna play house and make babies?” Just kidding! But yeah, don’t feel like you should settle down in a relationship just because your parents or peers are telling you that you are getting old (I used to get that every day, now I just stare at them weirdly and grab my glass of wine – yes dear mom, I love you, you’re awesome, but I really am not settling down soon.). Millennials are getting married less and less or, later and later. But there are still some who just goes into a relationship because they feel like they have to. For women who are almost past their child-bearing years, you can always freeze your eggs, or adopt! If you really want a child but can’t find the right man, then consider finding a sperm donor, there are clinics that can help you with this. Our technology is improving every day – take advantage of it. I have seriously considered all my options, you know – just in case I actually end up in a huge house with 10 cats.

6. What everyone really wants.

Yes to your surprise, I really still do believe in love. Not the kind of complicated stuff that people try to put you up with. It is not your job to fix someone or make them realize your worth. I have been there too, and it really does get exhausting at some point. It is easy to say that I’m a victim of douche bags that are just aren’t right for me- but that’s not true. I have met some really nice and amazing men who are literally willing to give me the world and treat me like a queen – and I’m sure you did too. I’m sure you also met guys or girls who are just perfect on paper: handsome/ beautiful, smart, kind, hardworking, successful, hot and etc. but somehow, you just can’t bring yourself to love them. At some point I guess, it all boils down to – chemistry and preference. We are all looking for something GENUINE, but I think this generation has blurred it so much that it became so difficult to find it.

Read the story behind this picture here.

I pray most sternly to not be stuck in a relationship that is shallow, and only built on selfish needs like – companionship, security and what not. Because that stuff can only go so far. If there is anything similar in all of my relationships, it’s the fact that they are all really built on love. They all knew that I am the type of girl who would give them my world, and when the tough times arrived – I was their rock, and they were mine. So stop playing those stupid games, and don’t settle for the little spare candies. Stop kissing too many frogs too!

I know the most cliche of it all is, LOVE YOURSELF ENOUGH and have enough courage to stand firm on what you want. You don’t have to sacrifice your self-worth just to snag a girl or a guy. I know we all did that – and that’s okay! Mistakes are there to be learned. But almost 99% of happily married couples I met, tell me the same thing, the right kind of relationship is easy. It will just work out, and when it does – you’ll just know.

Hello Kitty Cafe: Is it worth the hype?

THAILAND : Bangkok To Love and To Hate

Everything seems to be so uncertain, but one thing