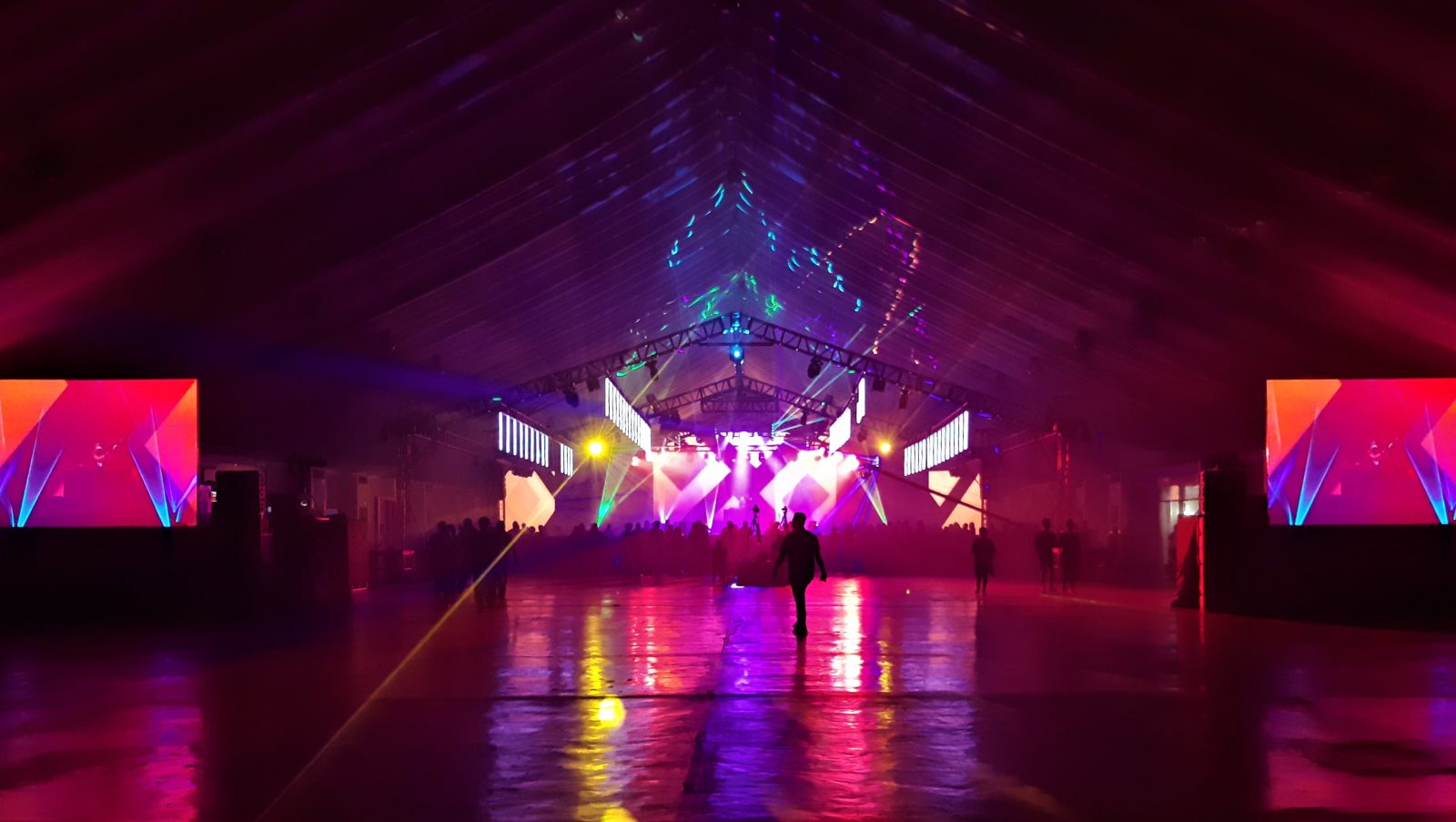 “You are only as strong as the drinks you mix, the tables you dance on – and the friends you party with.” – Anonymous

Yes, I turned 26 a few days ago, and I probably swore off partying until the sun comes out since I became 25- but I think this one is an exemption. Although the party ended before the break of dawn, I still would’ve partied until then if they allow it, because the JBL SOUNDFEST MANILA, held last November 29, 2018, is a smashing load of FUN!

Guilty of the fact that I have not been entering the party scene since I got busy from work – I still enjoy dancing the night away when the DJ throws down a good beat! and who else throws a beat (literally drum beats) better than TOM TAUS? Yes, you heard that right – renowned international DJ’s like Tom Taus and Jennifer Lee, filled the room of SMX Convention Center, Hall D – with EDM sounds supported by JBL sound system!

But that’s not all! local artists and bands like BAMBOO and AUTOTELIC also made the crowd go wild with their famous hits and live performances. I was almost hysterical when I found out that I am going to be seeing these bands and DJ’s all in one roof! It was definitely a night to remember.

Live Performances during the event – Photo by @catchingcarla

But – let’s not get ahead of ourselves here – first things first, what is JBL Soundfest and why did they decide to have the FIRST SoundFest in Asia to be held in the Philippines? To start, SoundFest is a special annual celebration hosted by JBL that offers live music entertainment, rockin’ parties, and exciting performances. It aims to give music lovers an inside look at the world of JBL. The original 3-day celebration this year was held at Las Vegas, USA at the OMNIA Nightclub.

Half-time entertainment (that’s what i call it!) – Photo by @catchingcarla

Because JBL wants to bring the party back to Asia, they decided that MANILA is the best place to do so. Why? honey, believe it or not – we do know how to party. The Philippines has been known to love music from all genres and enjoy a good party with friends after working hours.

It is no secret that Manila is the party Capital of the country, with new clubs opening up almost every month to accommodate the crowd. There is no doubt that MANILA is the best place to host the first installment of the SoundFest here in Asia (aren’t we lucky) – and get this – IT WAS ABSOLUTELY FREE.

Me and my other blogger friends! – Photo by @catchingcarla

So now, if you missed out on the party perhaps this shot-by-shot highlight, can you help you see more what to expect on the next JBL Soundfest next year.

Upon entering the Hall, you will be greeted by an array of JBL products that you can buy at a special discounted price. The discounts are only until the duration of the event.

Upon entering the concert hall, you will be welcomed by blinding magical strobe lights and a well-lit stage to give way for all the upcoming performances.

A few minutes in and a glass of drink with my friends, it was announced that the show is about to start

Me and my lovely friends – Photo by @catchingcarla

Upon the announcement, the lights dimmed, and these performers came out! illuminating the stage with their shiny, glittery costumes.

A little while the hosts were finally announced. Do you know who these are? 😉 As soon as the performers were announced, we were also informed that they will be giving away some JBL products during the show. All we have to do is to post a story of us having fun on Instagram, tag 3 friends and use their official hashtags.

Hosts for the night – Photo by @catchingcarla

A few minutes in, the hosts welcomed the first performer: Autotelic. For those of you who are not familiar with the band, Autotelic is a Filipino indie-alternative rock band formed in 2012. You can actually listen to their songs on spotify if you want to know more.

After that, the next performer is shortly introduced: BAMBOO. Yes, I love songs by Rivermaya and bamboo, so forgive me if I am a little bias, but I was literally beside the stage. LITERALLY. I could touch his feet if I want to and luckily I was able to hold his hand as well, yes he touched my hand! (inner kilig!).

Bamboo singing one of his famous hits – Photo by @catchingcarla

After his performance, there was a short break and almost immediately, DJ Jennifer Lee – dropped down the beat, and I couldn’t help but dance! A little insight: DJ Jennifer Lee is dubbed as the top female celebrity DJ in the Philippines and is known to have rocked some of the famous parties and events here in MANILA!

At this point, we are almost ready to go – but who in their right mind would miss DJ TOM TAUS? once you hear those drums I bet you also couldn’t say no. Tom Taus is an internationally renowned DJ with a couple of explosive performances around the globe.

… and that was that! I hope you guys enjoyed this walk-through. If not, well… here are some additional shots from the event to show you what else you missed at the JBL SoundFest Manila!

So, is it too late for you to join in on the fun? of course not! JBL Philippines has a new promo for all music lovers out there! JBL is giving away a Brand New MINI Cooper to one Lucky winner this coming 2019! on their JBL Dare To Listen Dare To Drive promo! Promo runs from November 20, 2018 to January 15, 2019. Check out mechanics here for more details:https://goo.gl/3rbFkq, and click this link to see the list of participating stores:  https://goo.gl/UyP3a5

So don’t miss out on the fun again and DARE TO LISTEN with JBL.

Want to get updates on other events around manila? Catch my latest posts here.