Growing Up As A Filipina | Catching Carla 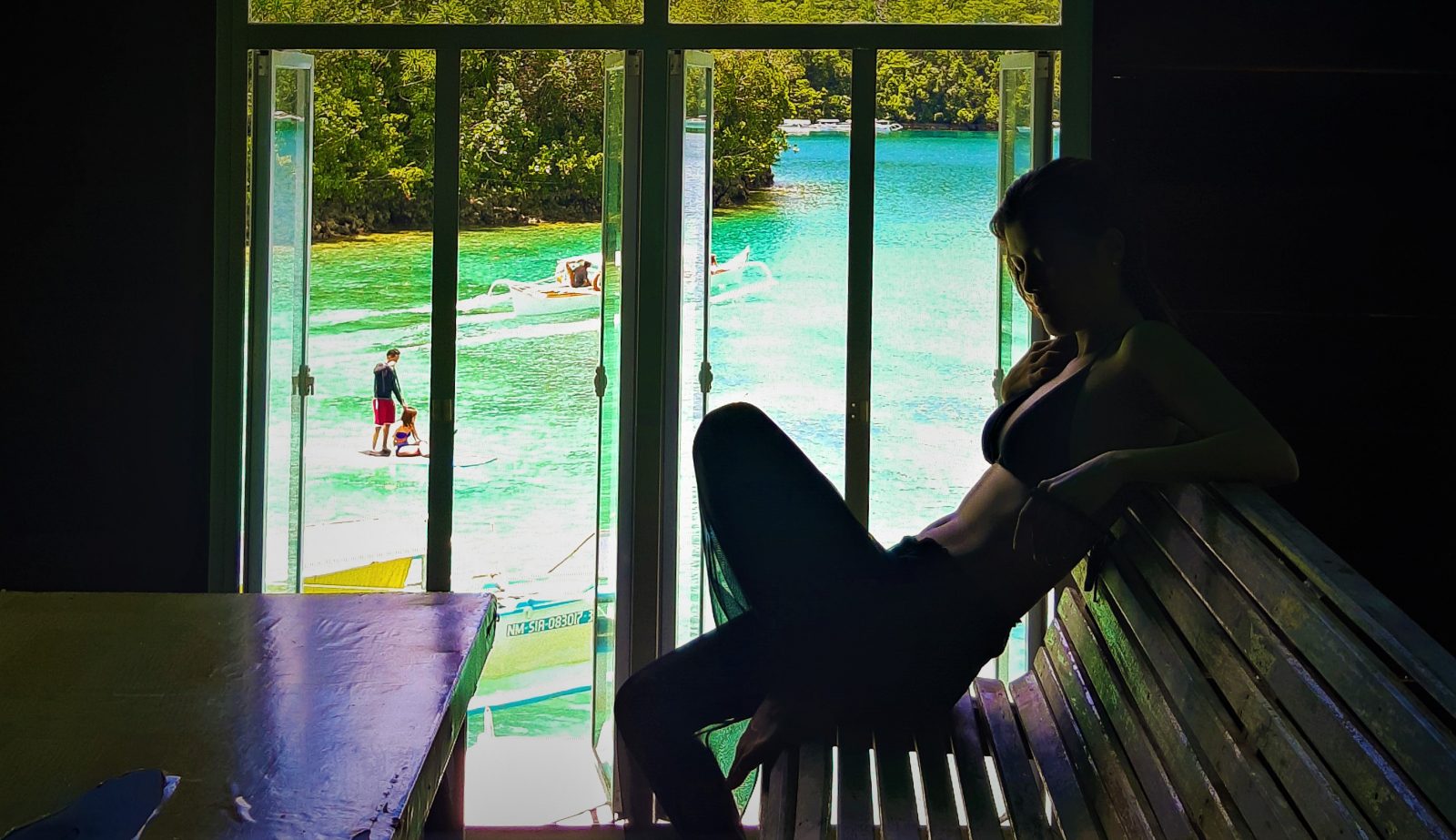 Growing Up As A Filipina

I am a Filipino – and I have never been ashamed of that. Although cultural diversity amazes me, I still bleed the same red, blue, yellow and white – and my heart still belongs to the pearl of the Orient. But, traveling and having seen different parts of the globe, definitely awakened me over some harsh truths. Despite the Philippines having been known as one of the most liberal countries in Asia, our beliefs and culture still run deep into our veins, and some run too deep that we have turned a blind eye to the negative effects it has given, towards the women of today.

Growing up, I have always been so insecure about myself. You see, I grew up with 2 brothers and 2 male cousins – although I like barbies and make-up, I also like basketball, wrestling, and hard music. Despite the efforts of my mom to teach me how to be a “lady”, I knew deep down that I was never gonna be the Maria Clara that my parents want and expected me to be. Often, I would hear the line “kababae mong tao…” or simply put “you’re a woman and yet…“ whenever I acted, say or do anything that is NOT expected of a woman.

It got even worse when I started school because boys don’t like girls who are a little too rough on the edges. I noticed that girls who get a boyfriend are those that are “feminine” – the shy, demure, delicate and reserved. Because most Filipino men are raised to believe that these are the qualities that make a woman. I even heard one male friend say, that you are not a woman if you are not a “dalagang filipina”. But what should I do? I was loud, boyish, opinionated and “unrefined”. So in an effort to fit in, I shaped myself to be someone that I am not. I covered my mouth when I laughed, I toned down my voice, and I tried to submit to my “then-suitors” with no questions asked. But no matter what, all it ever really did to me – is to feel FAKE and INSECURE.

This is not who I am, and this facade can only go on for so long.

Finding my identity as a woman became such a huge inner battle – until eventually, for my own sanity, I decided to just be me.

Because you know what? There is really no “right way” to be a WOMAN – and don’t let anyone tell you otherwise.

At Sartin Restaurant in Summit Ridge Tagaytay | photo by @catchingcarla

2. In the Philippines being RAPED or MOLESTED is partly the woman’s fault, and being vocal about it, is a disgrace to your reputation and your dignity as a woman

… for this reason alone, some mother’s and parent’s kept rape and incest incidences within themselves.  As modern or liberal as we are today, these type of beliefs and incidents still exist. On a post created by Rappler Philippines last 2017: The Philippines Silent Incest Problem,  states that up to 84% of sexual abuse and incest perpetrators against minors remain at large, and a staggering 400-500 victims every year are still suffering in silence. What’s even worse is that in 2017 the number of sexually abused children in one city alone was 126. IMAGINE THAT?

Imagine growing up believing that rape is partially consensual… Imagine living in a country where being a woman is a weakness against predators. Yes, you might not believe it but as a FILIPINO myself, I know for a fact that this is TRUE. As a Filipina, I was raised to believe that being raped is partly the woman’s fault. She was either: STUPID that she let it happen, or she is simply asking FOR IT by wearing a certain type of clothing or going out at certain hours of the night. Don’t believe me? Read this article.

But the reality is, even if they do come out, justice is rarely served and if not – the process to attain justice is even more demoralizing than the actual act itself. In court hearings, they will ask you the most traumatizing questions like, “Do you know his size? Did you spread your legs voluntarily? Did you enjoy it? Are you sure he penetrated you?”, on top of that, you will most probably be labeled as DIRTY, UNCLEAN, or TAINTED – and the way people view you will drastically change.

3. Your school can kick you out, or not accept you – if you got pregnant.

…yet they accept the high school boys who made those girls pregnant. I get that the reason for this is to avoid any bad reputation or to also avoid setting any bad example among all the other students in the institution, but it also robs the student of their right to learn. What if the student got pregnant because of incest or rape, and all she ever has for a bright future is going to school – and yet, you won’t accept her? It’s like punishing someone for something she does not yet fully understand.

This post from ABS-CBN last 2012 says it all, read here. Just as stated in the article, I am not promoting TEEN PREGNANCY HERE, all I am saying is to allow them to be given the same opportunity to study as the others, instead of shutting them down and cutting their chances for a brighter future.

4. Women are made to serve her husband and if he cheats, it means she didn’t serve him enough, or she is not giving him something that he “needs”

…but if the woman cheats, some would automatically assume that there is something absolutely wrong with her. I just find it amusing how much we put men so high up in relationships here in the Philippines. To tell you a story, I know this one friend who’s been married to her husband for about 4 years. One fateful evening, she found out that her husband has been cheating on her via text. So, out of sadness and desperation, she called her mom to ask what to do next… and you know what the mom said? “Maybe you just didn’t take care of him enough – so he started to look for someone else? Go home and serve your husband, instead of complaining about how tired you are.” Wow. When she told me this story – I was obviously very furious. My friend has been providing for her family and at the same time, taking care of her kids on weekends. Her husband is supposed to be her partner to help her, not someone who needs to be “taken cared of” as well.

Granted, I have never been married, but I also have had relationships where I was blamed over my “boyfriend’s” act of infidelity. It’s a recurring scene here, and I’m pretty sure you have heard this statement at least once, in order to justify a guy’s infidelity. But let me clear this again – No matter what the woman does, there is no excuse for cheating other than the fact that, he’s just a cheater.

5. Living -in with your boyfriend means that you are a sl*t who doesn’t value marriage.

I know that this will always be a moral controversy, but in my defense – I value marriage so much, that I need to know the person thoroughly before I commit to anything as important as marriage. I want to know how he is at the comforts of his home, and how he will treat me behind closed doors. I want to know how he is when is mad, tired, and when his buttons are pushed – because let’s face it: LOVE DOES NOT CONQUER ALL. It does not conquer physical, mental and other forms of abuse – and it is important to know if you are really committing yourself to the right person before you say the words “I DO”. Although this is more on a social preference, I still go against the way other people perceive “living together” as something negative or anything that devalues your worth as a woman, no wait- as a human.

6. Being with a WHITE husband makes you a gold digger.

I actually wrote a whole article about it here.

I am blessed to have such amazing parents who allowed me to think freely at some point in my life. Despite also being a victim of cultural “norms” and the prejudices attached to being a woman, I am still lucky to receive the never-ending love of my family. Yes, they do not agree with a lot of things I stood for, but I know that despite whatever mistakes I make – they will always love me for who I am, and I am eternally grateful for it. They are, after all, my pillar of strength, despite all the little flaws in between.

Being a woman up until today is still quite a challenge. Being a FILIPINA WOMAN is even more difficult than what most people thought. In some parts of the world – Filipinas are still viewed as a slightly lower class than any other women in this world, and every single time I hear about it – my heart always breaks. I wrote this because I know that many of us still suffer in silence under the prejudices of being a woman.

Many of us still struggle to be heard, to be treated fairly, to be accepted, to be FREE.

I know a lot of people will not agree with what I believe in, but hey! the first step towards change is awareness. SO speak up! because one voice can speak for a thousand others.

DID I MISS SOMETHING? let me know on the comments section below! Would love to hear your thoughts!

OKTOBERFEST 2018 by German Club Manila will be at Solaire

Everything seems to be so uncertain, but one thing